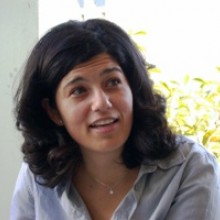 Paraskevi Pouli is a Principal Application Scientist at IESL-FORTH, Photonics for Heritage Science group, in charge of developing novel laser technologies for restoration of art and antiquities.

She holds a degree in Physics from Aristotle University of Thessaloniki, Greece and a Ph.D. in Physics from Loughborough University, UK. Her PhD thesis, entitled “Laser cleaning studies on stonework and polychromed surfaces”, was supervised by prof. D.C. Emmony.

She joined IESL-FORTH on 2000 with research interests focused on the investigation of laser ablation on CH materials and the development of laser-cleaning methodologies on real cases. The understanding of laser induced discoloration (yellowing of marble, blackening of pigments) and optimization and monitoring of cleaning process are her research priorities. She is involved in a number of EU (H2020 HERACLES, H2020 IPERION-CH, FP7-CHARISMA, FP5-PROMET, etc.) and nationally (KRIPIS - POLITEIA I and II, LASTOR, MOBILART, CRINNO II etc.) funded research projects.

Her research has been published in over 49 publications (4 invited) in peer reviewed journals and conference proceedings, reflecting in more than 700 citations (according to SCOPUS) while she has been presenting her work (8 invited) in major international conferences and workshops in the field. Since 2009 she is a member of the International scientific committee of the LACONA (Lasers in the Conservation of Artworks) Conference Series, while she has been also actively contributing in the organization of several other conferences.

Since 2012 she serves as technical manager of the “OPTO-CH” series of thematic training activities initiated by IESL-FORTH, which have attracted up to now more than 200 conservators-restorers and young scientists with the aim to get familiar with the use of Laser technologies in the analysis, diagnosis and conservation of CH assets. Over the past few years she is vigorously participating to EU and national initiatives on the development of E-RIHS (European Research Infrastructures for Heritage Science) and E-RIHS.gr Research Infrastructures focused in the field of Heritage Science.

Since 2001 she is responsible, on behalf of IESL-FORTH, for the laser-cleaning projects on the Athens Acropolis sculptures (i.e. the Parthenon West Frieze, the ceiling of the Erechtheion Prostasis, the Caryatids at the Acropolis Museum etc.). The outcome of this collaboration is a prototype laser system and a laser cleaning methodology customarily developed in order to ensure the removal of thick pollution accumulations in a controlled and safe way for both the object and the operator. In this context the Acropolis Museum and IESL-FORTH have been awarded the 2012 Keck Award by the International Institute for Conservation of Historic and Artistic Works (IIC) for their collaboration regarding the “laser rejuvenation of Caryatids opens to the public at the Acropolis Museum: A link between ancient and modern Greece” (http://www.iiconservation.org/node/3362).

Photonics for Heritage Science - PAST PROJECTS 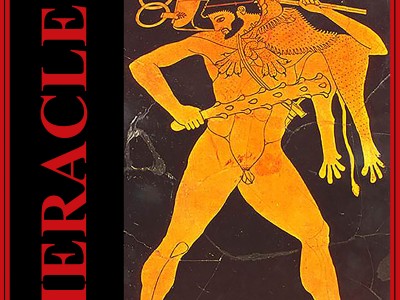