A molecule is "chiral" when it is - geometrically - non-superimposable on its mirror image. Chirality manifests as optical activity, i.e. as optical rotation (OR) of the polarization plane of light traversing the sample, with the two "enantiomers" (mirror images) producing opposite polarization rotations. Based on the effect of chirality, systems causing OR with the same symmetry as chiral rotation, are also referred to as chiral systems, even if they don’t possess the geometric non-superimposability of chiral enantiomers, the prime example being the parity non-conserving (PNC) optical transitions in certain atomic and molecular systems.

Chirality is ubiquitous in nature, thus measuring it is vital to such diverse fields, ranging from the fundamental research in biology, chemistry, physics and medicine, to the highly-valued pharmaceutical, chemical, cosmetic, and food industries, which collectively comprise a multi-billion € market. However, chiral signals are typically very weak, on the order of 10 μrad for organic gas samples, down to 1 nrad (or less) for PNC transitions. This is the main impeding factor limiting the practical applications of chiral sensing, despite its apparent tremendous importance.

Recently, our group demonstrated a new optical-cavity-enhanced polarimetry apparatus (Nature 514, 76; 2014), which promises to revolutionize chiral sensing, via distinctive advantages it brings forward: weak OR signals are enhanced by the number of cavity round-trips, sensitivity-limiting spurious birefringence is suppressed, rapid signal reversals yield absolute measurements of optical activity without the need to remove the sample, while the scalability of the design ensures that the same apparatus can be used to measure any weakly-absorbing chiral sample, from vapors to  liquids to – appropriately prepared – solids.

The aim of HANDCORE is to bring this apparatus to maturity, using high-finesse optical cavities and state-of-the-art continuous-wave (CW) lasers to reach ultra-sensitive, shot-noise-limited results. On top of an already functioning prototype CW apparatus, a list of variations is currently being compiled, each to be designed, implemented and characterized. This process is extremely likely to reach new sensitivity limits in chiral sensing in every iteration, and will, in any case, yield the first ever measurements of the samples used in our current spectrum region (mid-IR; ~1315nm). Sensitive, robust measurements of the optical activity of terpenes, especially interesting in the fields of forest ecology and chemistry, followed by demonstrations of the technique using a variety of other samples, sample containers and geometries, will be used to test and optimize the setup. However, the ultimate goal of the project will be the measurement of the PNC-induced OR in atomic iodine (PRA 87 040101R; 2013), which constitutes a highly-sought low-energy test of the standard model of particle physics. Measuring PNC in atomic iodine will, on one hand, lift a long-standing discrepancy between the two finest measurements of atomic PNC to date (cesium: Science 275, 1759; 1997 / thallium: PRL 74, 2658; 1995 and PRL 74, 2654; 1995), and on the other hand, pave the road for measuring PNC in various other atomic and molecular systems, by merely adapting our low-cost, table-top technique to the relevant spectral regions. 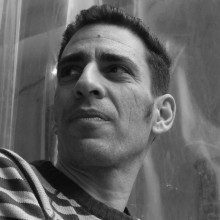