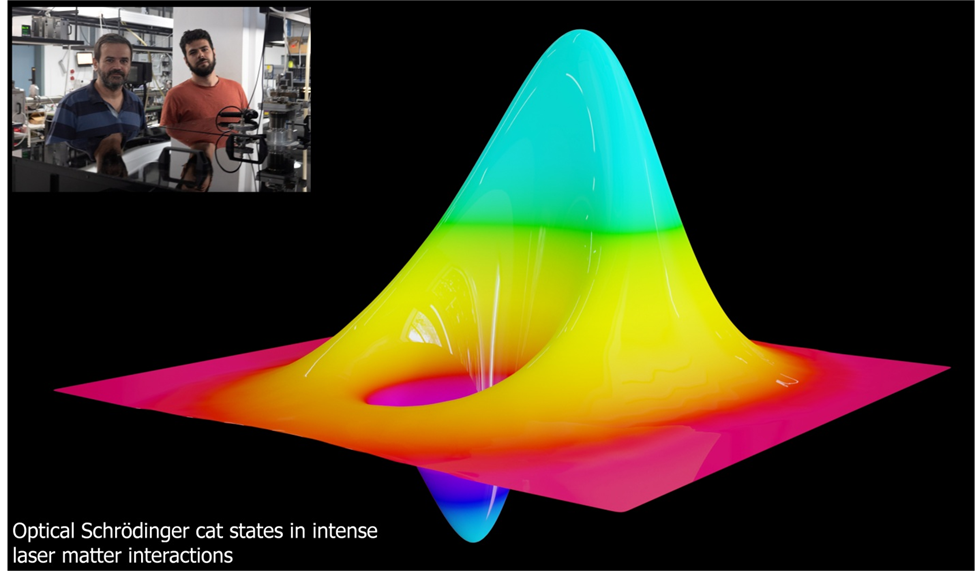 Over the past four decades, astounding advances have been made in the field of laser technologies and the understanding of light-matter interactions in the non-linear regime. Thanks to this, scientists have been able to carry out extremely complex experiments related to, for example, ultra-fast light-pulses in the visible and infrared range, and accomplish crucial milestones such as using a molecule‚Äôs own electrons to image its structure, to see how it rearranges and vibrates or breaks apart during a chemical reaction.

The development of high-power lasers allowed scientists to study the physics of ultra-intense laser‚Äìmatter interactions which, in its standard version, treats ultra-strong ultra-short driving laser pulses only from a classical point of view. The famous theory coined as the ‚Äúsimple man‚Äôs model‚Äù or the ‚Äúthree-step model‚Äù ‚Äì which had its 25th anniversary in 2019 ‚Äì dealt with the interaction of an electron with its parent nucleus sitting in a strong laser field environment, and elegantly described it according to classical and quantum processes. However, due to the fact that these laser pulses are highly coherent and contain huge numbers of photons, the description of the interaction in the strong field has so far been incomplete, because it treated the atomic system in a quantum way but the electromagnetic field in a classical way.

Now, in the description of the most relevant processes of ultra-intense laser‚Äìmatter physics (such as high-harmonic generation, above threshold ionization, laser-induced electron diffraction, sequential and non-sequential multi-electron ionization, etc.) the quantum-fluctuation effects of the laser electric field, not even to mention the magnetic fields, are negligible. However, the quantum nature of the entire electromagnetic fields is always present in these processes, so a natural question arises: does this quantum nature exhibit itself? In which situations does it appear? 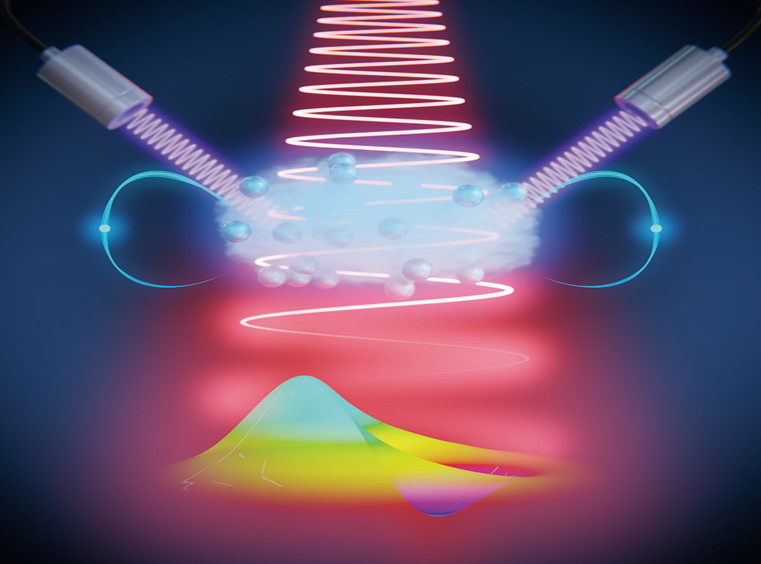 Caption: A schematic representation of the generation of optical Schr√∂dinger "cat" states in intense laser-atom interactions

Such results have been obtained by using the process of high-harmonic generation in atoms, in which large numbers of photons from a driving laser pulse of infrared frequency are up-converted into photons of higher frequencies in the extreme ultraviolet spectral range. The quantum electrodynamical theory, formulated in this study, predicts that if the initial state of the driving laser is coherent, it remains coherent, but shifted in amplitude after interactions with the atomic medium.

Similarly, the quantum states of the harmonic modes become coherent with small coherent amplitudes. However, the quantum state of the laser pulse that drives the high-harmonic generation can be conditioned to account for this interaction, which transforms it into a so-called optical Schr√∂dinger cat state. This state corresponds to a quantum superposition of two distinct coherent states of light: the initial state of the laser, and the coherent state reduced in amplitude that results from the interaction with the atoms.

The researchers accessed the full quantum state of this laser pulse experimentally using quantum state tomography. To achieve this, the coherent amplitude of the light first needs to be reduced in a coherent way to only a few photons, on average, and then all of the quantum properties of the state can be measured.

The results of this study open the path for investigations towards the control of the non-classical states of ultra-intense light, and exploiting conditioning approaches on physical processes relevant to high-harmonic generation. This hopefully will link ultra-intense laser-matter physics and atto-science to quantum information science and quantum technologies in a novel, and completely unexpected manner.